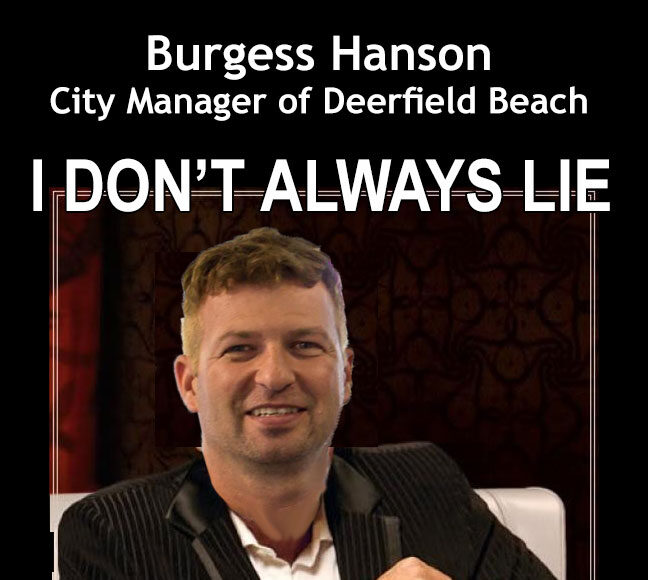 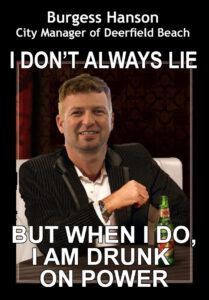 Deerfield-News.com-Deerfield Beach, Fl-Sources have reported city manager Burgess Hanson who just turned in his resignation was at city hall at some weird hours tonight. Sources say Hanson was seen at city hall after 10 pm tonight, could he be taking files could he have some juicy details about how corruption functions at city hall. Maybe Mayor Bill Ganz should be concerned. We would love to have a conversation with Burgess feel free to call 954-573-5012 and share any secrets you want!

You know there is a reason most companies escort you from your office to the car with your belongings when you are terminated or resign, but Bill Ganz is a genius so that did not happen.

#What Does Burgess Know And Will He Tell