Home City Of Deerfield Beach Our Take-Declassified Or Not Trump Stole Documents He Has No Right To... 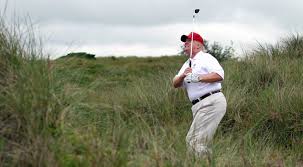 Deerfield-News. com-Deerfield Beach, Fl-A liar and a thief. Former President Trump is both. His continuous lies have now led to him keeping top secret and classified documents in an unsecured location. He creates more lies by insinuating the FBI planted items. Now the special master has called his bluff.

But his supporters see nothing wrong with this.

Last night the Bull$hit artist told Sean Hannity that he declassified everything and could do so just by thinking about it.

No former President has the right to take documents, let alone classified and top secret ones. The Trump nonsense has to stop the truth matters facts matter.

This guy is a danger to our intelligence agencies and allies.

OUR TAKE-DESANTIS IS A DICK-