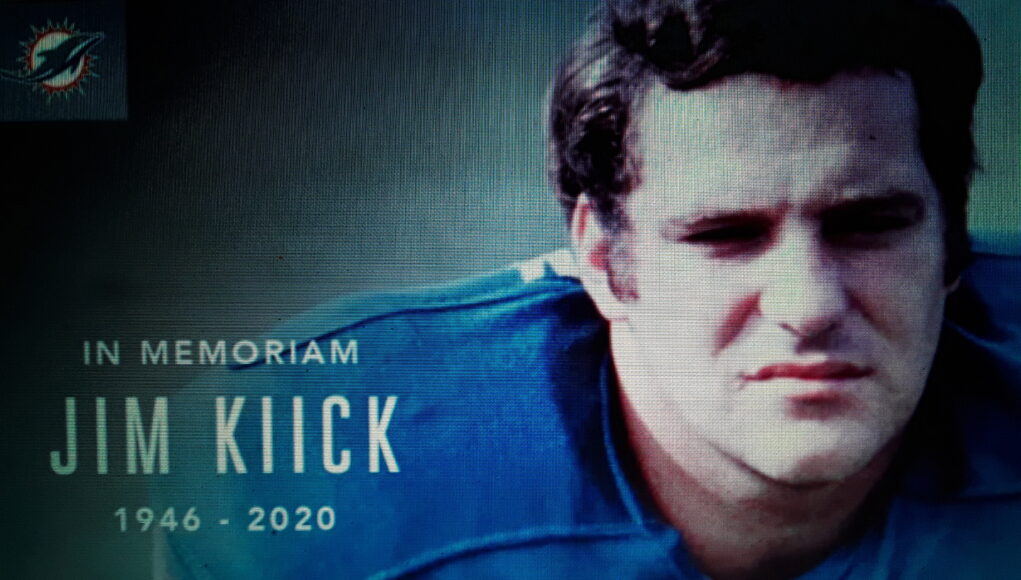 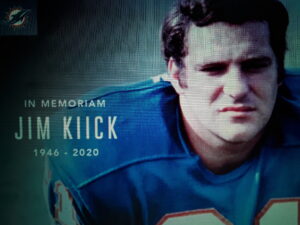 Deerfield-News.com-Deerfield Beach, Fl- Former Dolphin great Jim Kiick has passed away at age 73 according to his daughter.

Former Dolphins running back Jim Kiick, a member of the team’s championship backfield from the early 1970s, passed away today at the age of 73. Kiick was selected by the Dolphins in the fifth-round (118th overall) of the 1968 draft. He ranks in fifth in team history with 3,644 rushing yards and 15th in career receptions 221 catches. Kiick, who was a member of the Dolphins from 1968-74, was named to the team’s 50th season all-time team.

Kiick was an integral part of the ball-control running game which characterized the Dolphins under Head Coach Don Shula in the early 1970s. In all, Kiick played in three Super Bowls, scoring touchdowns in both of Miami’s Super Bowl wins, and teamed with Hall of Fame fullback Larry Csonka to form a duo known as “Butch Cassidy and the Sundance Kid.” He also co-wrote a book, “Always on the Run” in 1973.

After his playing career, Kiick became a private investigator for Broward’s public defenders office. He spent his final days at Independence Hall, an assisted living facility in Wilton Manors, Fla.