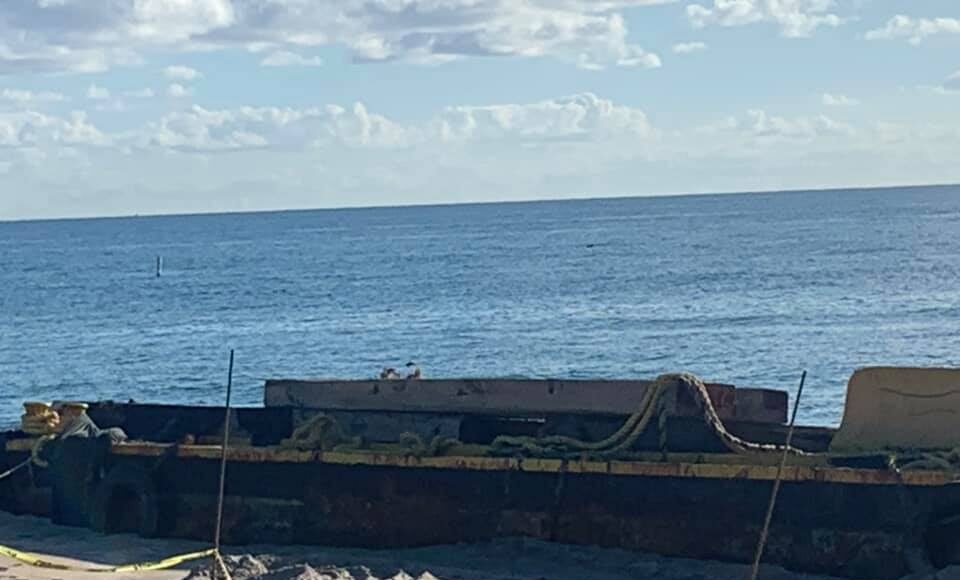 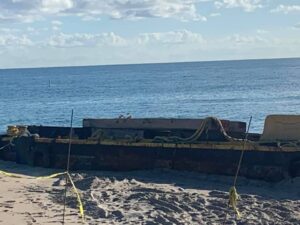 Deerfield-News.com-Deerfield Beach, Fl-It has become the most known barge since the garbage barge. Deerfield Beach leaders still have not found the way to get their contractor to remove the stranded barge from Deerfield Beach. The project which was to create a reef the would have made the letters DFB visible from above. Since day one the project went wrong when only 26 of the  400 boulders to be placed in the ocean were. Both the tug boat and the barge working on the ailed project were taken by the waves and swept ashore. Many worry the contractor will abandon ship and ultimately cause the removal costs to be picked up by Deerfield Beach taxpayers.