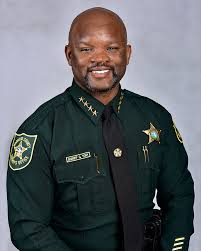 Public Information officer Veda Coleman-Wright is currently gathering the details. Here’s what we know so far:

Click on the link to go to video footage of the news conference, the I.A. Investigative Report and additional documents: https://app.box.com/s/4nikg3wc531ga8rr8wvnnf58eu3zobhm

Sheriff Tony also gave updates on two other Internal Affairs investigations. BSO submitted the case involving Deputy Christopher Krickovich and Sergeant Gregory LaCerra to the State Attorney’s Office on May 10. The investigation into the actions of Deputy Jorge Sobrino was submitted to the SAO on May 15. The next step in the process for both of these cases is for the SAO to complete its criminal investigation, subsequently allowing BSO to finalize its administrative proceeding on the deputies.

“I continue to reach out to different community leaders, and they are unaware of the process and there is speculation that BSO is not doing anything… That is so far from the truth. The truth is we can’t move forward until we actually hear back from the State Attorney, and that is no different from any other Internal Affairs investigation that takes place, especially those that may have an implication of criminal charges toward a deputy,” Sheriff Tony said.

After the SAO makes a decision on whether or not to file criminal charges, the BSO Internal Affairs cases will resume. At the conclusion of these investigations, a Professional Standards Committee (PSC), comprised of 11 members including four non-employee members of the community, will review the investigations and offer recommendations. The recommendations will be reviewed by command staff, and Sheriff Tony will make the final decision regarding any disciplinary action.