Home Deerfield Beach Blotter Mayor Ganz Has Lied And “Aided And Abetted In Theft” Of... 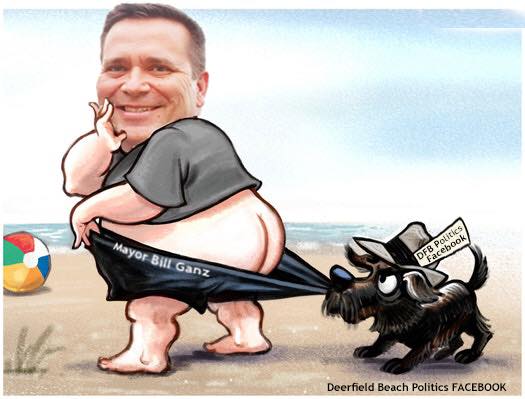 Deerfield-News.com-Deerfield Beach, Fl-The saga of Burgess Hanson’s resignation and misuse and stolen taxpayers money is without a doubt the fault of Mayor Ganz as well. Ganz knew about the money and secretly agreed with Hanson he should pay it back. What kind and checks and balances is that? The second Mayor Ganz became aware of the theft of funds of city taxpayer money he breached his duty to all of us as Mayor. His first call should have been to the Captain at BSO.

Now Mayor Ganz would have you believe that BSO did accompany Hanson back to his office Sunday night. We have requested the records from BSO and from Deerfield Beach from the video of this. There will be no video because there were no BSO deputies that accompanied Hanson back into city hall Sunday night. One can only hope that whatever Burgess Hanson removed from city hall will come back and bite the Mayor in his ass. Mayor, I do not think attorney Bogenschutz will take your case as he represented Mayor Robb, maybe Roy Black will, best of luck!

Those that understand the gravity of this criminal event, must insist BSO, FDLE and the State Attorneys office investigate Deerfield Beach and Mayor Ganz’s handling of this theft of funds.

City Hall” is in CHAOS our city leaders are failing us.

The Mayor has failed us big time and needs to resign.

If our other commissioners were aware of this theft they need to resign or be removed from office, too.