Home Uncategorized Sun -Sentinel Who Sure Seems To Get Favorable Treatment From Deerfield Beach... 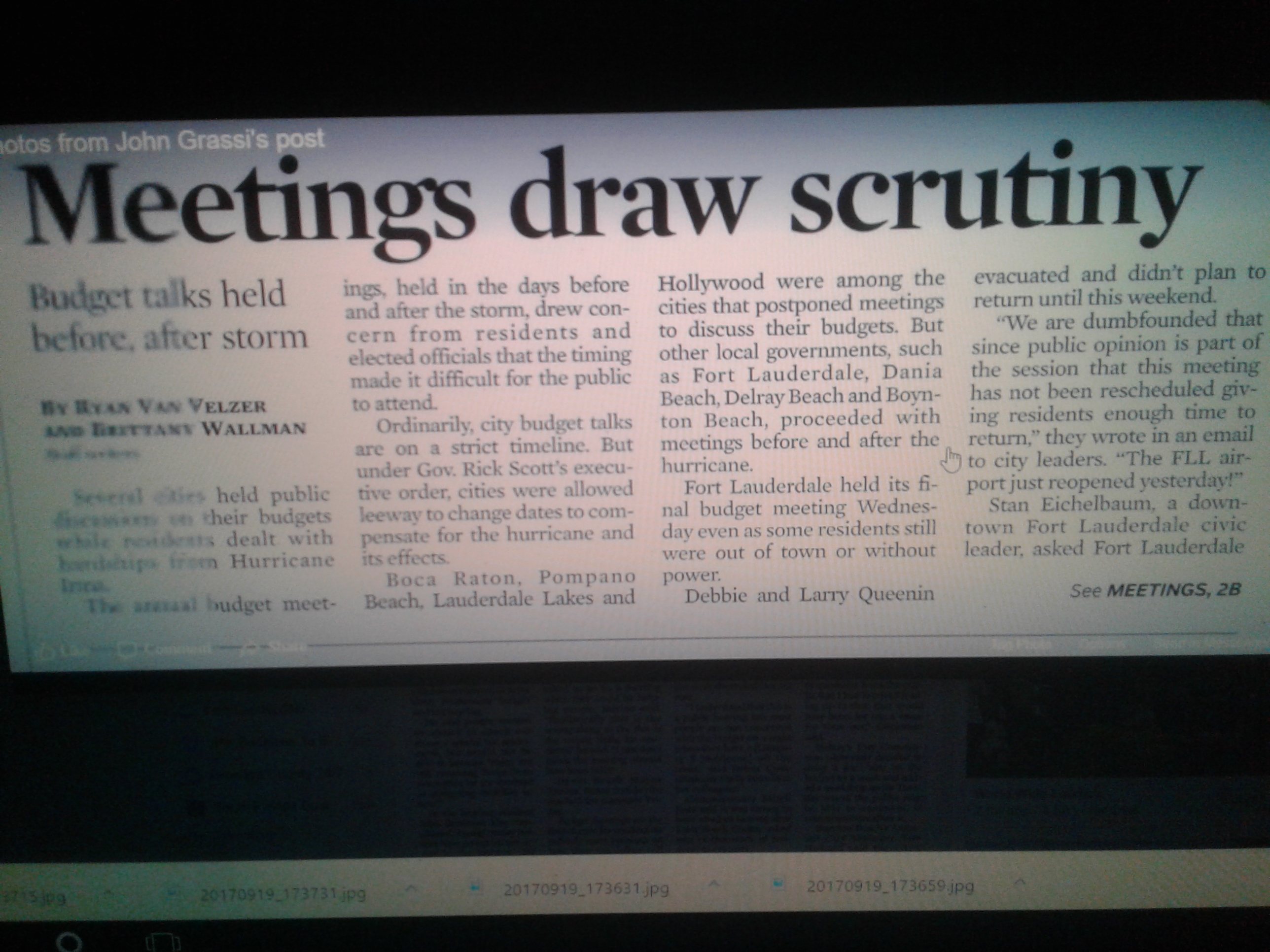 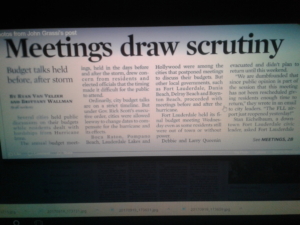 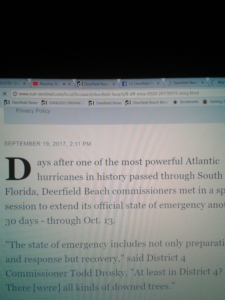 Deerfield-News.Com Deerfield Beach, Fl-Today we saw a post of Facebook about a Sun Sentinel story that did not show Deerfield Beach on a list of cities that held meetings in the aftermath of Irma.We know from Google News the city held meetings “Public Hearings”.Mayor Ganz has confirmed that I have that in writing from him.What I do not have is any other information.Then like out of thin air appears a second Sun -Sentinel story that is odd.So much for equal treatment and the Fourteenth Amendment.Should be ashamed for stifling our First Amendment rights by virtue of playing games.

Mayor,City Manager ,Commissioners what part of treating Sun-Sentinel or The Observer over other Media including Deerfield- News.com  favorably  by releasing news that all should and could get simultaneously do you not get is wrong?

Sentinel if you wish to comment I am all ears on your conflicting report.