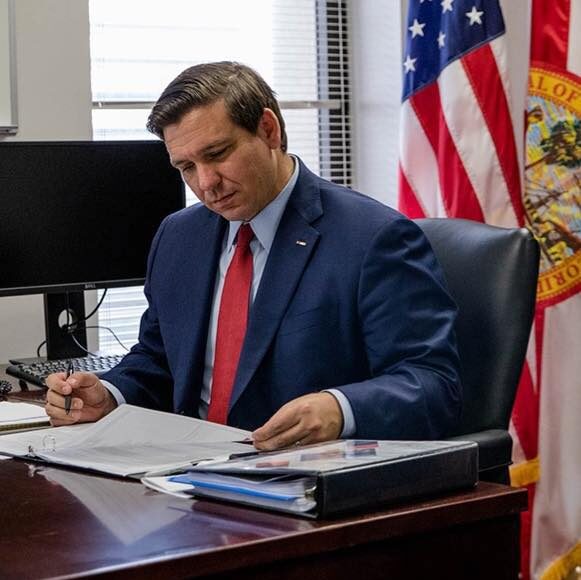 Deerfield-News. com-Deerfield Beach, Fl-Florida has enacted a new ANTI-RIOTING law which basically gives police the power to determine who is a rioter as opposed to a citizen exercising their First Amendment rights.

The law certainly on its face seems to infringe on constitutional rights. Many opponents say the law is nothing more than an anti-Black Lives Matter law.  Some say it is a cold calculated ruthless attempt by Florida legislators and Governor DeSantis to attempt to restrict Floridians’ First Amendment rights.

Some have asked the following. Now that Florida has enacted a law protecting drivers who would run over protestors, would a protester who shot a motorist trying to run him over be able to defend himself under the Stand Your Ground statute?

From The Associated Press-

Below the Associated Press is reporting the first “Constitutional Challenge” has been filed against Florida challenging the validity of the new law. The law allows protestors/rioters to be held without bond until a first court appearance.

From The Associated Press-

“The breathtaking scope of the Bill includes granting civil immunity to people who drive into peaceful demonstrators if such demonstration blocks a road, prevents people accused of ‘rioting’ from bailing out of jail until after their first court appearance, increases penalties for assaulting law enforcement officers while engaging in a ‘riot,’ penalizing local governments that interfere with efforts to stop a ‘riot,’ and allows law enforcement agencies that face funding reductions to file objections,” the complaint stated.

DeSantis spokesman Cody McCloud said the governor’s office hasn’t yet been served in the case but will firmly defend the legal merits of the new law, which McCloud said protects businesses, supports law enforcement, and ensures punishment for those who cause violence.