Deerfield-News.com-Deerfield Beach, Fl- This is what Mayor Ganz said after the  May 7 incident where a driver brandished a gun,  “When he started revving up there, I yelled at him. I said, ‘You need to slow down,’” said Ganz. “He said, ‘Do you want to go?’ He reached over, must have had the gun sitting right on his passenger side, ’cause he instantly pulled out a gun, pointed it at me, cut in front of me, slammed on his brakes.” Below is the heavily redacted incident report as this is an ongoing investigation. Pretty much the only thing we have learned is Mayor Bill Ganz has a middle name it is Howard.

The road rage incident in Deerfield Beach has randomly placed Mayor Ganz with a known Rothstein involved convict. According to arrest records, we researched we believe Christian Fiorenza to be the person arrested and charged as listed below in brandishing a gun at Mayor Ganz. The Sun-Sentinel has referred to Fiorenza as a pimp with ties to Rothstein.

Pimp with links to Rothstein scandal sentenced to prison 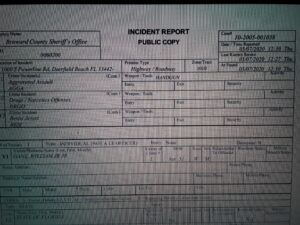 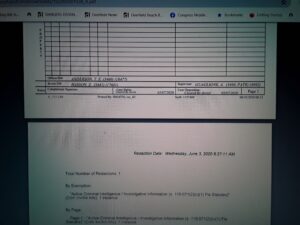