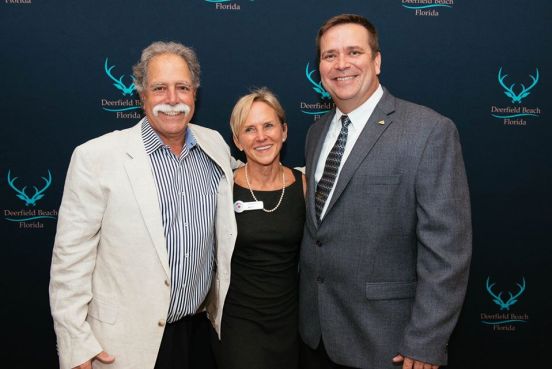 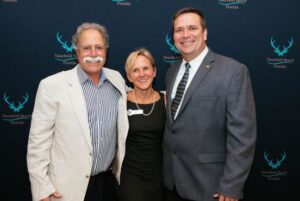 Deerfield-News.com-Deerfield Beach, Fl-Deerfield Beach Facebook group Deerfield Beach Politics, and one of its moderators have discovered an ethics violation in the bid for the construction of an eleven million dollar project by Seawood Builders. The discovery has lead to the city of Deerfield Beach to rebid the project. The group asserts several things as are demonstrated by their post below.

Whats worse? A Citizen giving an opinion or a Mayor omitting information?

During the commission meeting on April 21th, the Mayor intentionally omitted several key factors in a decision to award a $11 million contract.  These omissions intended to push a vote to re-bid the whole contract versus award the contract to one of the other two bidders.

On April 21th, The commission voted to not award a $11 million dollar contract to Seawood Builders due to the fact City Ethics rules were broken.  During the City meeting, the Mayor and two other commissioners spoke about how Seawood Builders only made a clerical error and were not trying to do anything unethical by not reporting direct donations to the Mayor in their bid.

The Mayor went on a diatribe of how if this project was given to the next bidder on the list, it would cost the taxpayers and extra $550,000.00 and therefore he wanted all the bids thrown out and the project completely re-bid, giving Seawood Builders a second try at the contract.  One would almost think his argument was compelling, until you actually check the facts.

Below are the 5 facts,  you decided:

1) The original bidding was NOT a full open bid.

Contractors were already shortlisted and only 3 contractors placed bids.  Also the City never made the Request For Proposal available to the residents.  This is a possible violation of City procurement code Sec. 38-127

Typically, the City posts ALL procurement opportunities on their eProcurement Marketplace.  Where was the Ganz transparency and for what reason was it hidden from the public?  Not until 10 days before the Commission meeting did the City make it official that bids had been requested, received and the evaluation was complete. In other words, the process of this bid was done very shady.

3)  The push to reject all bids and bid over again

On proposal criteria evaluations: Di Pompeo Construction and West Construction tied for second place.  The tie-breaker was only based on a Disadvantage Business Enterprise Program that Di Pompeo was part of.

the City should have opened negotiations with the next highest scored bidder.  If it is true that Di Pompeo built in contingency for the City’s shortcomings, then that contingency could have been removed and the City formally agree to cover costs for code issues.  The Mayor led the chorus to reject all bids without giving the process a chance.  Now, 2 bidders have wasted time and money to allow Seawood a second chance at the contract.  In addition, the City should estimate the cost to rerun the bid process and show how that cost was economically sensible considering one meeting with Di Pompeo could have resulted in a contract award.  How does this Commission look to add bidders when they treat them this way?  The integrity of the City’s procurement process is highly questionable along with the perceived optics of the Commission.

In a typical Design-Build project, the City would have released top level drawings and detailed specifications.  This would afford contractor’s some creative license to utilize innovative means in designing the building.  We are told that in this case, the City released detailed drawings at the 90% complete level that afforded little room in design.

We were informed that the released drawings did not meet code in all cases and at least one contractor included a level of contingency should the City demand code compliance even though their drawings did not include it.  This certainly could have been the reason for Di Pompeo’s higher bid since the other two were nearly the same.

If this was the case, those areas where the drawings did not meet code could have resulted in Contract Change Proposals and major INCREASE cost to the taxpayer after the initial award.

On top of that, one has to question the City’s criteria for pricing this effort out. Throughout the bid sheets one can see wide disparities in pricing for the same criteria. Of significant note is item 13, “Special Construction” where the low bid is $1,000 and the high bid is $549,359. That is the most obvious, however there are numerous cases that show, at a minimum poor bid instructions by the City.

The relationship between the owners of Seawood Builders and Mayor Ganz is more involved.  There will be another investigation article coming out next week to show how the connection would influence Mayor Ganz to ensure a vote to award them a contract.

Mayor Ganz and the owners of Seawood Builders