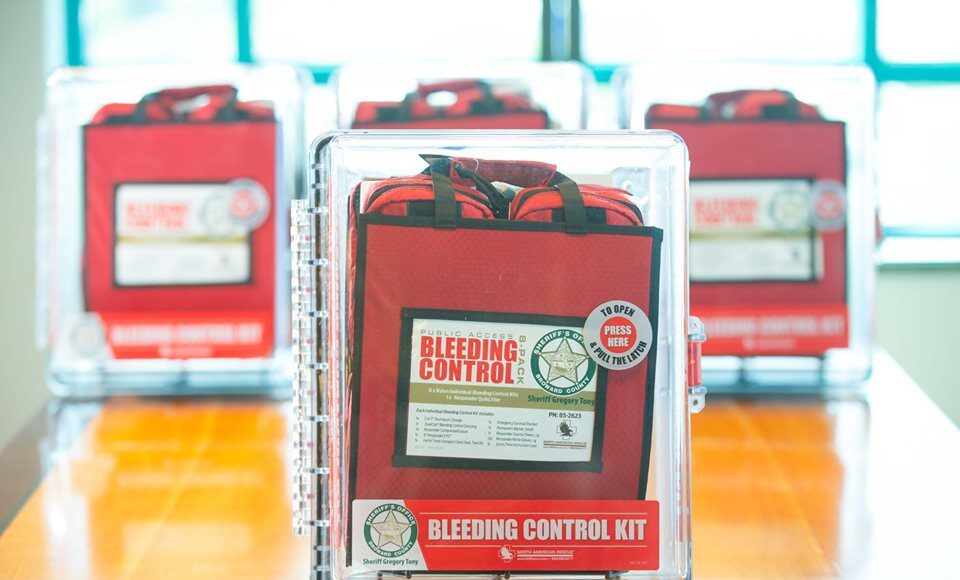 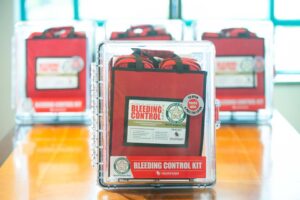 Deerfield-News.com-Deerfield Beach,Fl-Todays world where it is necessary for students to have stop bleed kits and active shooter drills.

“For years, I examined and reviewed reports that illustrated how victims of active shooter events were dying from survivable injuries caused by excessive bleeding. It became clear we could save more lives if people have immediate access to lifesaving bleeding control equipment,” Sheriff Tony said.

In addition, BSO has purchased 6,832 kits through the Coach Aaron Feis Guardian grant program. The goal is to have these kits in every public and charter school in Broward County in order to take immediate action to stop the severity of bleeding and save lives if needed.

The individual kits contain a tourniquet, bleeding control dressing, compressed gauzes, a survival blanket, along with other items and instructions to aid a trauma victim. Eight kits are packaged in a clear wall-mounted case, referred to as a station. Each station costs $599.98 and has the capacity to treat at least 12 victims.

BSO is working with Broward County Public Schools to have two wall-mounted stations (each containing eight individual kits) placed in each school. Recognizing some schools are larger than others, BSO is planning to purchase 6,000 (equals 750 stations) more of these lifesaving kits later this year through the Coach Aaron Feis Guardian grant program.