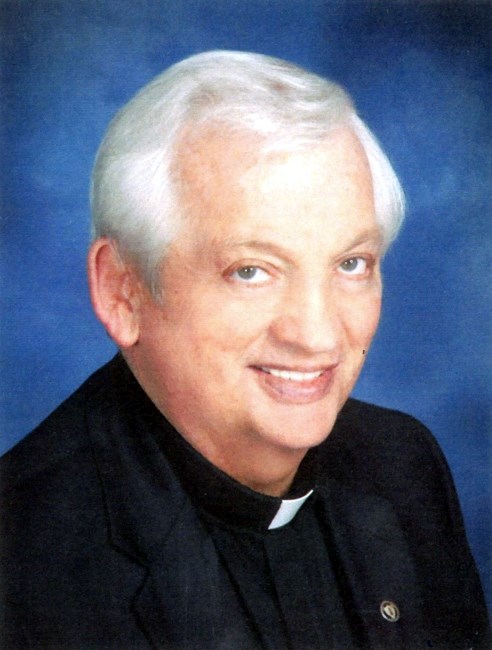 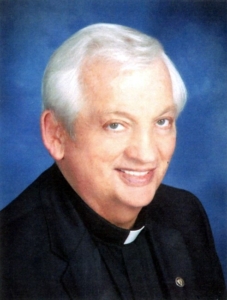 After a seven-and-half-year battle with cancer. Father Bryan Dalton has died, in the place he called home for the past 25 years, the rectory of St. Ambrose Church. He died the afternoon of November 30, 2018 with his sister Mona and two of her children, Jillian and Bryan, as well as their spouses, at his bedside. Father Dalton was 73 and had been a priest for 48 years. “About an year ago it got really rough, but he never gave up. He didn’t want to leave any of us right up until the end”, said Bob Colasanti, St. Ambrose’s parish manager, who had worked with Father Dalton for the past 32 years. “He never bragged about anything he did. But he touched thousands of people,” Colosanti said. “It was an amazing legacy. He had a huge heart for all people.” Blessed with an Irish sense of humor, Father Dalton was known for his love of the poor. “Every Christmas and Easter he would encourage the parishioners to bring in toys and Easter baskets” Colasanti said. He figures over the years the parish collected over 50,000 toys and an equal number of Easter baskets. Eight years ago, Father Dalton started Helping Hands food pantry that feeds 300 people every week. “The homeless would show up here to talk to Father and he’d say: “How did you hear about me”” and they would say: “The police told me: Go to Father, He’ll help you”, Colasanti recalled. With Father Dalton as pastor, St. Ambrose was always available to anyone who needed to bury a loved one. “He would help pay for funerals out of his pocket, Colasanti said. “I can’t begin to tell you how loved he was by everyone.” Father Dalton’s death comes 11 months after that of his older brother, Father Brendan Dalton, longtime pastor of St. Bernadette Parish in Hollywood, who died December, 31,2017 “It was very difficult for Father to accept that loss. They were only an year apart in the seminary and they shared so much in their priesthood”, Colasanti said. Together, the Daltons provided 96 years of priestly service to the Archdiocese of Miami. “Father Dalton was a much beloved pastor who loved his people in turn”, said Archbishop Thomas Wenski. “His years struggling with cancer showed not only his courage- he suffered without complaint – but also his determination to remain serving his parishioners to the very end. He now joins his brother, Brendan, in enjoying the reward promised by the Lord to his good and faithful servants. May our merciful Lord grant him eternal rest !” John Bernard Dalton – better known as Bryan by all his relatives – was born August 4, 1945 in Listowel, County Kerry, Ireland. He was the youngest of four children, two boys and two girls. The Dalton brothers followed two uncles and a cousin into the priesthood. Their uncles served in Kentucky, their cousin in Ohio. Father Dalton was ordained June 7, 1970, in Waterford, Ireland for the Archdiocese of Miami. He first served as parochial vicar at St.Juliana in West Palm Beach (1970-1972) and St. Monica in Opa-Locka (1972-1976). From 1976 to 1984 he served as parochial vicar at St. Ambrose, where he would return as pastor in 1993. Before that he served as pastor of St. Richard (now Holy Rosary – St.Richard) in Palmetto Bay, from 1984 to1993. In addition to his sister, Mona and niece and nephew Gillian and Bryan, Father Dalton is survived by Mona’s other son, Jamie and his spouse, and his other sister, Rosemary and her children Orla, John and Carol, all of whom live in Ireland. Visitation will be Monday, December 3, 2018 at 3:00 PM with a Prayer Service at 7:00 PM. Funeral Mass will be Tuesday, December 4, 2018 at 11:00 AM at St. Ambrose Church, 380 South Federal Highway, Deerfield Beach, FL. In lieu of flowers donations to St. Ambrose School. Arrangements by Kraeer-Becker Funeral Home and Cremation Center, phone: 954-427-5544.