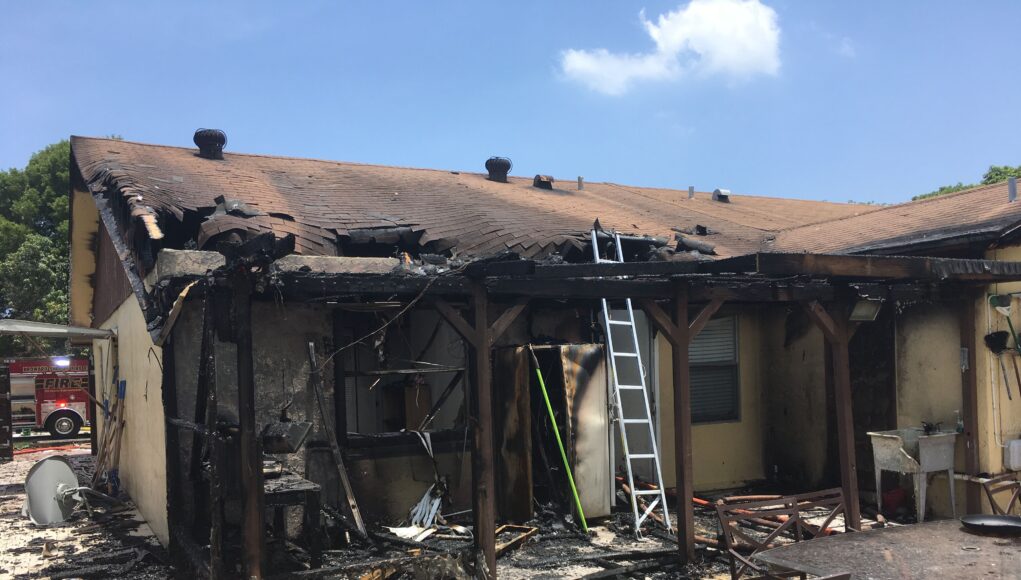 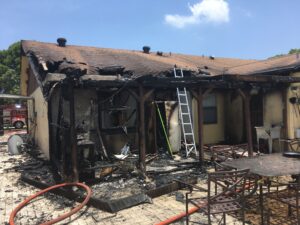 Deerfield-News.com-Deerfield Beach, Fl-From BSFR PIO Battalion Chief Michael Kane-
It was just after 12:30 this afternoon when Broward Sheriff Fire Rescue units responded the report of a residential structure fire in the 4400 block of NE 6th Avenue in Deerfield Beach.

According to a resident at the home, he was outside on his patio grilling a steak when the fire began to burn out of control and rapidly spread into the home. That’s when he called 911.

Firefighters arrived several minutes later to find the fire already burning through the roof of the second floor of the two-story townhouse sending thick black smoke into the air.

About thirty firefighters were summoned to the scene and aggressively attacked the fire deploying a total of three hose lines. The fire was fully extinguished after about forty minutes.

While the home received considerable smoke and fire damage, the overall success in containing damage to the single unit was likely due to the rapid response and voluminous number of firefighters who were able to arrive on the scene so quickly.

Sadly, the home is uninhabitable, however the couple which resides there have made alternative living arrangements and were very fortunate to have escaped without injury.

A fire can grow to double its size every 60 seconds. Residents are encouraged to have an escape plan in the event of a fire or other emergency.