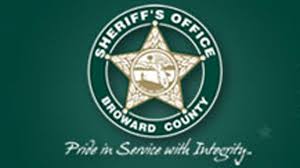 BSO’S OPEN AND UNSOLVED: THE HOMICIDE OF JERRI EMKEN

MEDIA NOTE: A version of the video without captions can be found HERE.
In the early 1980s, Jerri Emken was looking for a fresh start. On the heels of a painful divorce, the young woman left Arizona and moved to South Florida to be near her sister and brother-in-law. Just a few years later, however, Jerri Emken would be the victim of a homicide in a case that has stumped detectives for decades. The third episode can be found linked in the photo above or on You Tube.
Jerri Emken’s murder in October 1985 in Pompano Beach is the focus of the third episode of the Broward Sheriff’s Office’s “Open and Unsolved” cold case series, which aims to highlight the work of the BSO Cold Case Homicide Unit in hopes of receiving leads and tips that result in arrests or the closure of cases.
On the morning of October 7, 1985, Emken arrived at her job as a bookkeeper at Murray’s Pub near the Pompano Park racetrack. The pub was owned by her brother-in-law, Mickey James. That morning, detectives believe Emken went about her routine. Detectives surmise that at some point, Emken opened a locked door at the bar and let in someone she knew. Later that morning, James and a vending company employee arrived at the bar and found Emken’s body. She had been murdered.
More than 36 years later, Emken’s sister, Nancy James, remains heartbroken over her sudden and violent death.“She didn’t deserve this,” Nancy said. “She was a good person. Whoever did this should never have gotten away with it.”
BSO’s Cold Case Unit Detective David Towsley said there was money in the business, yet nothing was stolen. He believes the motive for the murder was personal. “It was a violent murder, which is indicative of somebody with a personal vendetta against her or maybe a crime of passion, something like that,” Towsley said.
Towsley is also reminding the public of a few features of this case that might jog someone’s memory. Specifically, he said there were two vehicles spotted outside the bar that morning – a white van and a distinctive blue pickup truck with a black roll bar on top and a white stripe around the top of the truck. Anyone who might have seen the vehicles or has information on Jerri Emken’s homicide is asked to contact Det. Towsley at 954-321-4210. If you wish to remain anonymous, please contact Broward Crime Stoppers at 954-493-TIPS (8477), online at browardcrimestoppers.org, or dial **TIPS (8477) from any cellphone in the United States. Any information that leads to an arrest in this case is eligible for a reward of up to $5,000.