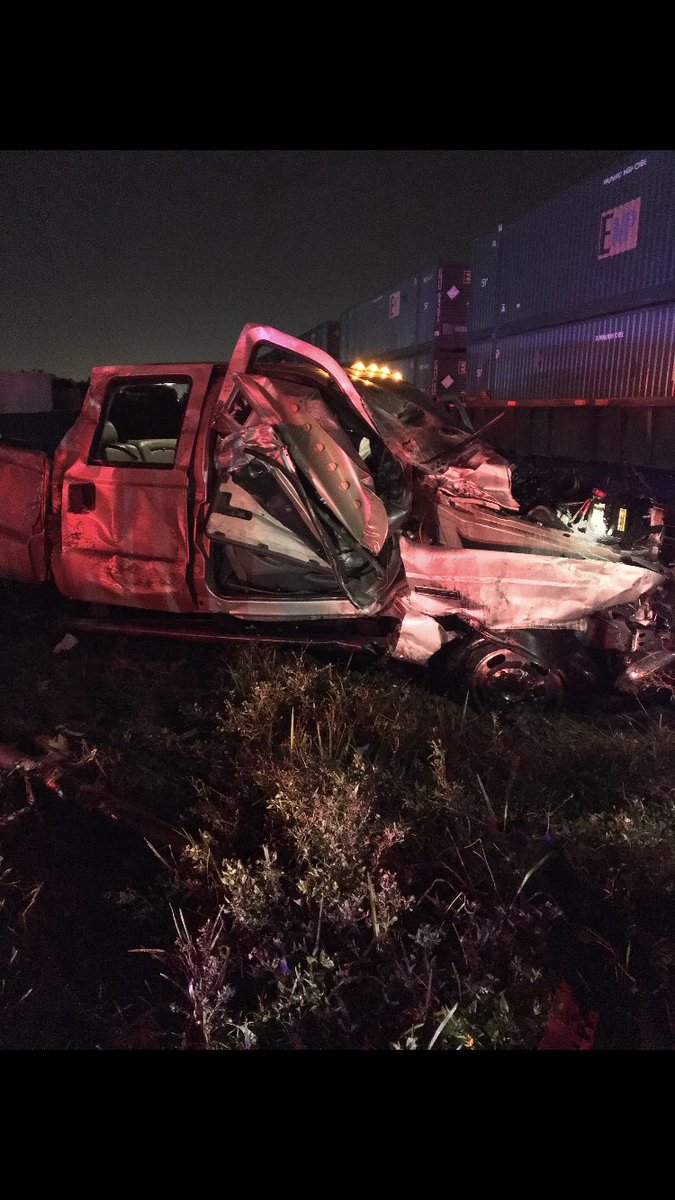 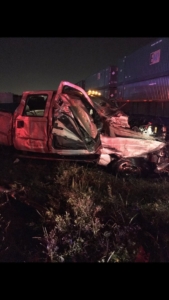 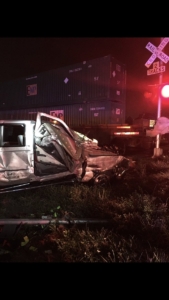 Deerfield-News.com-Deerfield Beach, Fl-Stop! Look! Listen! That is the best advice to all when approaching train tracks on foot, bike or vehicle.

The above incident was caused by a pickup trying to beat the FEC cargo train on Dixie and Hillsboro Boulevard, as you can see the train won.

In just a few days since it began, service there have been 3 accidents with 2 being fatal.

Brightline Florida’s newest commuter train service which runs on FEC  commercial rail tracks is off to a less than stellar safety start.

From the Youtube video at Dixie and Eller Streets in Deerfield Beach, you can see the train travels faster than it may look compared to Tri-Rail. We are not sure why people are deciding to play beat the train, but it is a bad idea.

Stop!- Look!- Listen!- those are the proper instructions when approaching a railroad crossing on foot, bike or car. and preparing to cross the tracks.

Deerfield Beach has had its share just a few day back it was a pickup vs the train.Brightline while brand new is not the only train Florida residents are trying to beat and often lose the race against. BSO PIO Joy Oglesby has provided us with the number of deaths countywide in the last two years.

1. STAY ALERT.
Trains can come from either direction at any time and can be very quiet.  Around train tracks or in stations, obey all warning signs and signals and use caution when using headsets or cell phones.

2. WATCH THE OVERHANG.
Trains are wider than the tracks; never sit on the edge of a station platform.

3. STAND AWAY FROM THE PLATFORM EDGE.
Pay attention to painted or raised markings at the platform edge, and stay at least three feet from the train while it is coming in or out of the station.

4. WHEN ON BOARD, HOLD ON.
Hold on tight to poles or seats, and listen carefully to directions from the train operator or conductor.

5. WATCH YOUR STEP.
Be careful getting on and off the train – there may be a gap between the train and platform or steps.

6. DON’T TAKE SHORTCUTS WITH YOUR LIFE!
Follow directional signs and markings that let you know where it is safe to cross the tracks. Crossing the tracks anywhere else is dangerous and illegal.

Play it safe on train platforms.