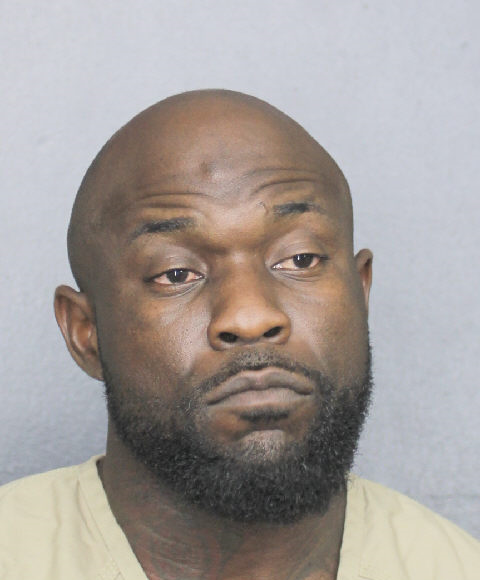 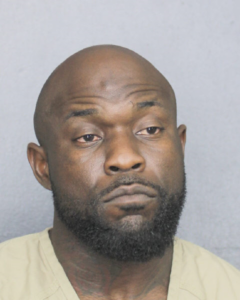 A distinctive fashion choice and a pair of observant Broward Sheriff’s Office deputies led to the arrest of a violent criminal for a pair of crimes in Deerfield Beach last Thursday.
According to BSO detectives, at approximately 4:33 a.m. on Thursday, Jan. 28, Roderick Ferguson committed an armed robbery at a Wawa convenience store on Southwest 12th Avenue in Deerfield Beach. BSO Robbery Unit detectives say Ferguson held up a store clerk at gunpoint, stole money, threatened customers in the store and fled before BSO Deerfield Beach District deputies arrived. After gathering evidence on scene, a BSO sergeant took note of a unique element of the armed robber’s appearance – a red belt. The sergeant also alerted his fellow deputies about the colorful item the armed robber was wearing.
Hours later, just before 4 p.m., district deputies responded to a report of a shooting in the 1200 block of South Military Trail in Deerfield Beach. BSO deputies responded and arrested Ferguson for the shooting. At that point, the Wawa armed robbery remained unsolved. But that was about to change.
An alert deputy noticed Ferguson’s red belt. The deputy remembered the information sent out earlier in the day and alerted his supervisor. Deputies looked at surveillance images from the Wawa of the armed robber, and noticed that Ferguson bore a striking resemblance to the gunman. In fact, they noticed that Ferguson was wearing the exact same clothing as the man in the store surveillance video. After gathering evidence, Ferguson was arrested for the armed robbery.
Ferguson has since traded his red belt for a jail uniform. He is being held on a number of charges, including robbery with a firearm, possession of a firearm by a convicted felon and discharging a firearm in public.