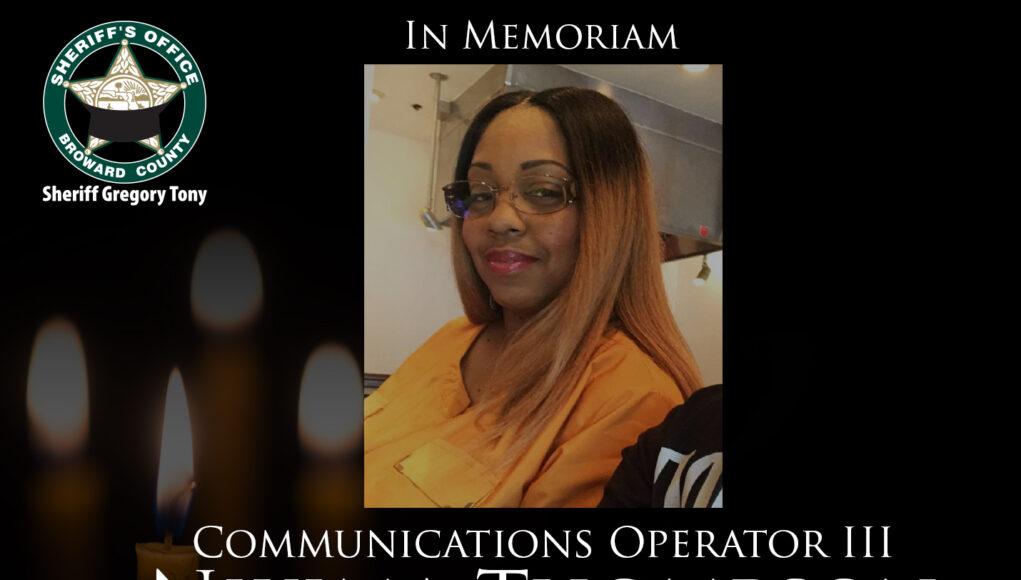 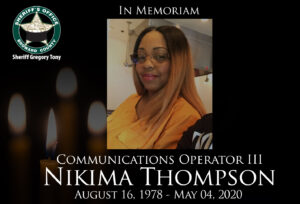 Sheriff Gregory Tony and the men and women of the Broward Sheriff’s Office are immensely saddened by the passing of Communications Operator III Nikima Thompson. Nikima, 41, had been hospitalized and battling COVID-19 for several weeks after testing positive on April 2. It is believed Thompson is the first communications operator to die in the line of duty in Florida.

“Nikima is a long standing veteran of our team, and she is loved by so many who have had the pleasure of working alongside her,” said Director Angela Mize from the BSO Regional Communications Division.

Join us in keeping Nikima’s family, friends and BSO family in your thoughts and prayers.