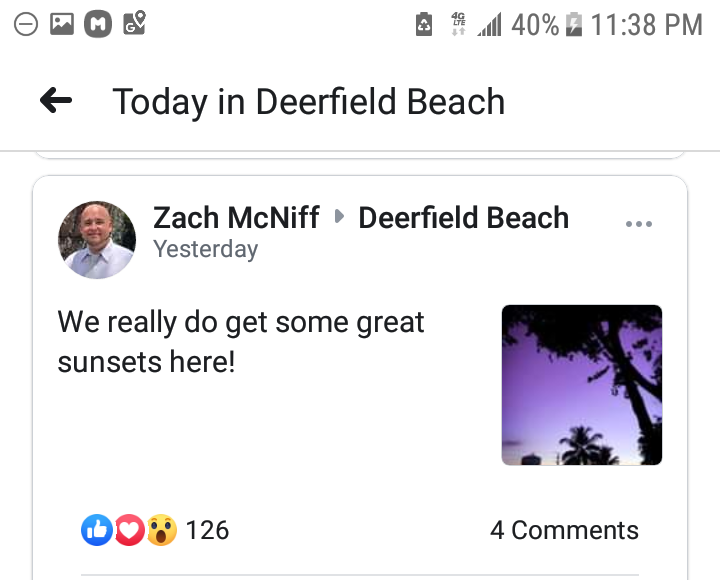 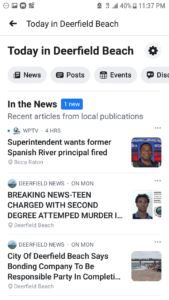 Deerfield-News.com-Deerfield Beach, Fl-Many have wondered what took them so long when it comes to “DATING”. Facebook has recently launched a new feature allowing Facebook users to date. With a database of people second only to Google, Facebook has taken the plunge into online and mobile dating. Not much different than all of the other dating sites from Match.com To POF.com. Facebook is utilizing the sheer numbers of users it has and the information they have on all users to match potential daters with each other.

Today Facebook launched another feature to seemingly compete better with Google News and Nextdoor. The new feature shows local news and events as well as local government and police posts to Facebook. The new feature also posts snippets from local Facebook Groups that had new posts today as well. 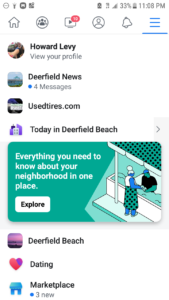