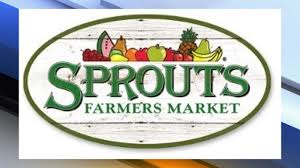 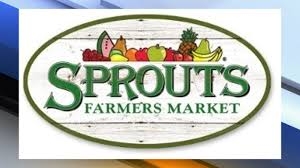 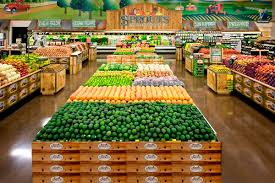 Sprouts is a healthy grocery store offering fresh, natural and organic foods at great prices.
Based on the belief that healthy food should be affordable, Sprouts’ welcoming environment
and knowledgeable team members continue to drive its growth. Our welcoming stores offer
a complete shopping experience that includes an array of fresh produce at the heart of the
store, the Market Corner Deli with prepared entrees and side dishes, The Butcher Shop,
The Fish Market, an expansive Vitamins and Supplements Department, bulk foods and more.
Shoppers can also select from thousands of attribute-based items throughout the store,
such as organic, gluten-free, vegan and plant-based. Our friendly, knowledgeable and
engaging team members are here to help you make healthier choices that are better for you
and your budget.
At Sprouts, we have believed being different was a good thing from day one, and we have
stayed true to that promise ever since. Sprouts was founded by members of the Boney
family, long-time San Diego grocers with a focus on making fresh foods affordable. The
company opened its first store in Chandler, Ariz. in 2002 with farm-fresh produce and
thousands of natural, organic and great-tasting foods at remarkably low prices.
The Sprouts story continued with a period of rapid growth through acquisitions and new
store development. In 2011, Sprouts joined with Henry’s Holdings, which ran 35 Henry’s
Farmers Markets stores and eight Sun Harvest Market stores. A year later, the company
bought Sunflower Farmers Market, which ran 37 stores.
Sprouts became a public company traded on the NASDAQ Stock Market in August 2013.
Each year, Sprouts continues to expand to new markets across the U.S. In 2019, Sprouts will
bring healthy living for less to Louisiana, New Jersey and Virginia.
Today, Sprouts is one of the fastest growing retailers in the country with more than 30,000
team members and over 300 stores from coast to coast.
FROM WWW.SPROUTS.COM