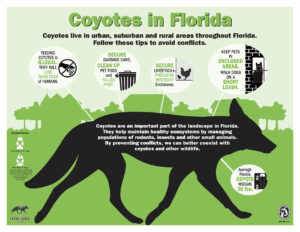 Just this week a Century Village resident says a coyote was stalking her and her dog and she had to hide in a stairwell in Keswick while she and neighbors screamed to get the coyote to leave.